Chestnut cream soup – not only in autumn

The edible sweet chestnut comes from Asia but today is widespread in North Africa, the Caucasus and southern Europe. In my home country Bulgaria it can be found on the northern slopes of Pirin, Belasitsa, Slavyanka and the western parts of the Balkan Mountains.

Chestnuts have been one of the main food sources in many regions of Europe. Dried chestnuts were used for making flour, which is in no way inferior to the widely-used wheat flour. After the potatoes were brought to Europe, the chestnuts remained in their shadow. Luckily, chestnuts and chestnut flour are regaining popularity in the recent years and there are more and more recipes for tasty chestnut dishes every day.

Chestnuts can be used for both desserts and salty dishes. For example, this lentil and chestnut stew has become one of my favourite recipes. This soup is very easy and requires only a few products, but it’s extremely

How to prepare this chestnut cream soup 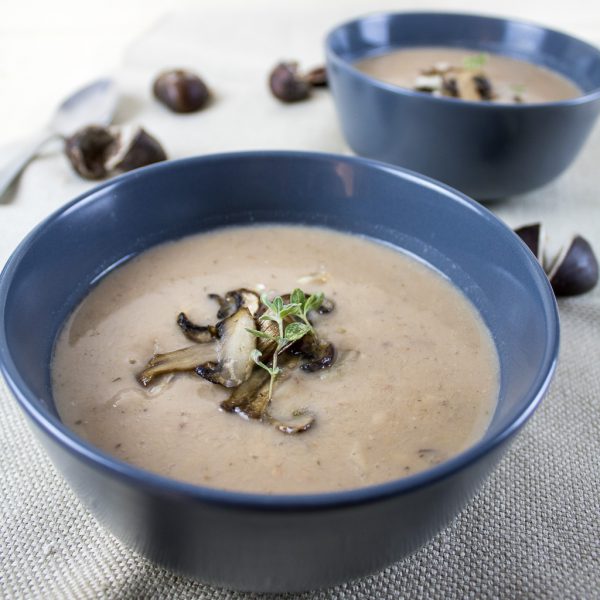