Ingredients needed for your Vegan Bolognese with Soya

Bolognese sauce is one of the most liked and popular pasta sauces. As you’ve probably guessed already, it originates from Bolognia and it’s made from tomato sauce or fresh tomatoes and minced meat.

The good news is you can easily substitute the minced meat with soya mince or lentils and enjoy a vegan meal… Naturally, you’ll have to skip the parmesan as well.

There are a lot of different opinions regarding soya products and their beneficial qualities. That’s why I always buy organic soya granules and look particularly for non-genetically modified soya on the packaging. I definitely recommend choosing only quality products.

How to prepare this tasty Vegan Bolognese with Soya Mince

Print Recipe
Vegan Bolognese with Soya Mince
Classic recipe for Bolognese sauce, but in a vegan version with soya mince. 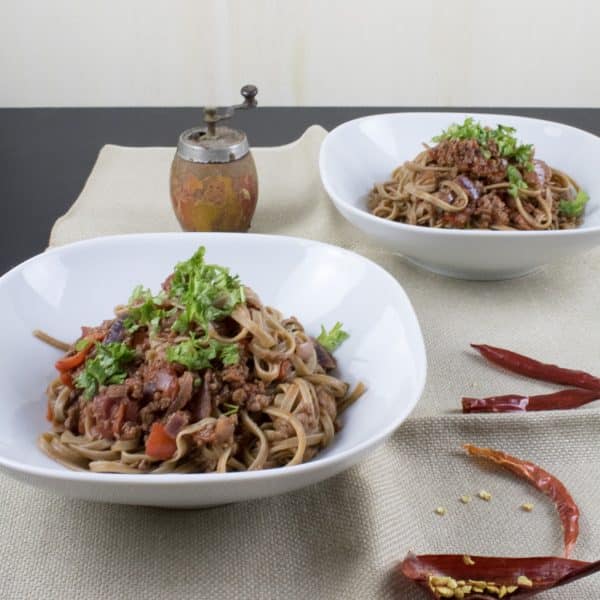 I am Milena. I am born in beautiful Bulgaria at the Black Sea coast and I love to travel the world. The taste and aroma of different cuisines inspires me to experiment when I cook.
I want to share my experiences in cooking and traveling with you.