Donuts are loved by big and small… They always bring me back to my childhood home and even to this day when we’re visiting my mom, we’re occasionally greeted by this delicious breakfast on a Sunday morning.

I wouldn’t recommend eating similar dishes every day, as they’re essentially fried dough, but we could enjoy them from time to time.

I prepared these donuts using soy yogurt, so they’re suitable for those of you who’re on vegan or lactose free diet, and added some cinnamon. Christmas is coming soon and I realized I’m sprinkling cinnamon on everything… For this recipe I made cinnamon-brown sugar mix for sprinkling and served them with plum jam.

Here is how to make these easy Cinnamon Donuts

Print Recipe
CINNAMON DONUTS
Cinnamon donuts, which could be easily prepared as a vegan dessert or breakfast– just need some plant based yogurt. 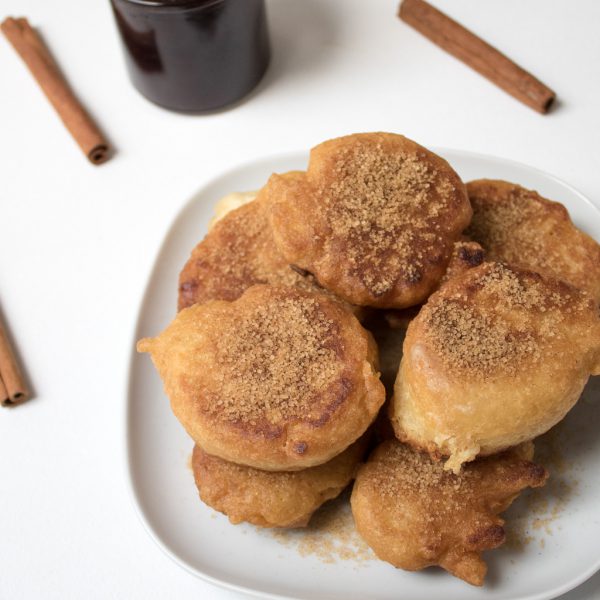 Votes: 1
Rating: 5
You:
Rate this recipe!
Ingredients
For the dough
For sprinkling
Instructions
0 comment
0
FacebookTwitterPinterestEmail

I am Milena. I am born in beautiful Bulgaria at the Black Sea coast and I love to travel the world. The taste and aroma of different cuisines inspires me to experiment when I cook.
I want to share my experiences in cooking and traveling with you.